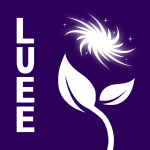 On this episode of Life, the Universe & Everything Else, Ashlyn, Lauren, Laura, and Gem watch the Netflix documentary Seaspiracy, and find that they have more to say about it than they expected!

Life, the Universe & Everything Else is a podcast that explores the intersection of science and society.

Additional Music: This episode includes The Mariner’s Revenge Song by The Decemberists and So Long and Thanks for All the Fish performed by the Tenebrae Choir from the soundtrack to The Hitchhiker’s Guide to the Galaxy.

On this episode of Life, the Universe & Everything Else, Ashlyn, Lauren, Gem, and Laura talk about yet another conspiracy film, and Gem closes out the episode with an Alex Jones–themed quiz.

Life, the Universe & Everything Else is a podcast that delves into issues of science, critical thinking, and secular humanism.

In this episode of Life, the Universe & Everything Else, we’re trying something completely different! Are rich people harvesting organs from clones? Did Hitler fake his own death (six times)? Are CIA remote viewers peering inside your mind? Join Ashlyn and Lauren as they watch “Unsealed: Conspiracy Files” to find out!

Life, the Universe & Everything Else is a program promoting secular humanism and scientific skepticism that is produced by the Winnipeg Skeptics.

Correction: While it has been widely reported that the Mars Curiosity Rover sings itself “Happy Birthday” every year, and this did indeed occur in 2013, it seems to have been a one-time event (but this has been frustratingly difficult to verify).

In this episode of Life, the Universe & Everything Else, Gem, Ashlyn, Ian, and Laura discuss the conspiracy claim that the Apollo moon landings were faked by NASA.

Life, the Universe & Everything Else is a program promoting secular humanism and scientific skepticism that is produced by the Winnipeg Skeptics.

The following is a guest post from Brendan Curran-Johnson, who was one of our presenters at last year’s SkeptiCamp. Here, Brendan responds to a few of the claims made in an image that’s currently circulating on Facebook, which originates from the hilarious den of conspiracy nuttery that is Truther.org.

While I certainly support people learning more about vaccines (because science and learning are awesome), avoiding vaccines has very real health consequences that affect more than just the people not taking the vaccines. In the past few years there has been a resurgance of a number of diseases that we had under control (pertussis, mumps, measles, etc.).

Most people cite the MMR/Autism connection when talking about the harms of vaccines, but the truth is that the study that is based on (the Wakefield study originally published by the Lancet) is not a valid study. The Lancet retracted it, and Wakefield was actually accused of deliberate fraud.

There certainly have been cases of drugs turning out to be harmful (thalidomide being the most obvious example), the process which the FDA and Health Canada use to screen drugs is very rigorous. The process is not perfect (no system could be 100% effective), but it is the most reliable system that anyone has come up with.

The advice being given here isn’t just wrong, its actively dangerous (also counter to point 8: avoid fear, propoganda, disinformation). Medicine is far too important a subject to allow misinformation to be spread unchallenged.

We might be used to scoffing at the notion of conspiracy theorists and their wild notions about melting steel, U.F.O’s and government cover ups, but we have to sometimes consider that they might actually be right.

A little bit of background; I grew up as a fan of pro-wrestling. I loved the drama and the athleticism, I was enough of a fan that I eventually trained to be a pro-wrestler. And while my short-lived career as a pro-wrestler was very short-lived (one 4-minute match) I was involved in the community and culture of pro-wrestling for many years. As such I learned the secrets to the craft, which are not so secret anymore…

The portrayal of events in pro-wrestling being “real”, such as the matches, interviews and storylines; is what’s known as “kayfabe“. The internet has more or less facilitated exposure all of pro-wrestling secrets, including the one that it is not legitimate sporting contests, but that it is an athletic exhibition, scripted and planned out to varying degrees. These facts being general public knowledge is fairly recent, only in the last 15 years or so. Before that, learning the secrets required you to be a part of the business, where the knowledge was handed down.

In the 1980’s there was a former pro-wrestler named Jim Wilson, he started making waves in the industry when he appeared on the tv show 20/20 along with fellow wrestler Eddie Mansfield in 1984.

The two of them explained the true nature of pro-wrestling to host John Stossel and demonstrated some of the techniques, such as “blading“, which is where a wrestler deliberately cuts himself with a blade to produce blood. Yes, most of the time when you see in blood in pro-wrestling it is real.

In addition to exposing the secrets, Wilson made claims that he was blackballed from wrestling because he rejected the sexual advances of a wrestling promoter in Australia.

Soon after the appearance on 20/20 Jim made an appearance on the Morton Downey Jr. show along with several active wrestlers. He was portrayed by most of the people present as a liar and a goof.

Here he is taking about blading.

Dr. David Schultz calls him a liar saying that blading doesn’t exist, and says that he has never bladed. While that last part may be true, everyone in the wrestling business knows about blading. In fact Schultz is the one who is lying and he makes ad-hominem attacks against Wilson calling him a homosexual.

Promoter Dennis Coralluzzo then comes on and attacks him for being a “jobber” (someone in wrestling who loses a lot) and asks him “what do you have to prove”.

Manager and future promoter Paul E. Dangerously came on via the phone and also attacked Wilson saying that he is out of wrestling because he didn’t produce ratings, not because he was blackballed.

After some time talking about racism in wrestling, legendary pro-wrestling manager Capt. Lou Albano comes on and makes many of the same claims that Schultz made, specifically that blading didn’t exist.

Lou goes on to say that whenever he wrestled and got beat, he got beat by the better man, implying that the matches are legitimate contests, another lie.

Do you guys know who’s going to win before the match starts?

Lou’s answer was that he never knew of any pre-arrangement, that no one ever came to him.

Let me be clear, pro-wrestling has been an athletic exhibition with pre-arranged outcomes for nearly 100 years.

Mrs. Lou Albano then comes on and says that Lou often came home battered, but Wilson never claimed that injuries weren’t real, she is essentially making a red herring argument.

Did they ever ask you to win or lose a match?

The other wrestlers present yell at him, call him a lair, call him a piece of garbage, throw a drink in his face, all while the crowd cheers the verbal abuse Wilson endures.

The rest of the show contains much of the same. You have a studio full of current and former pro-wrestlers, a hostile crowd, all directing their vitriol at Wilson, denying his claims. Wilson is the only one on the whole program that is telling the truth. We know that now, 20+ years later. The other people on the show were “protecting the business” and did their best to discredit Wilson by calling him a homosexual, a jobber, etc. They were all involved in a conspiracy to deceive the viewing public.

Now I am not necessarily condemning them for doing this though. Part of the culture of pro-wrestling at that time was to deny the exposure and defend the business no matter what. Even for Shultz, who was no longer active in the wrestling business at this point, it will still engrained into his psyche to protect the business.

The lesson to learn here is that a skeptic keeps an open mind and follows the evidence, we don’t know when a conspiracy theory might turn out to be true.